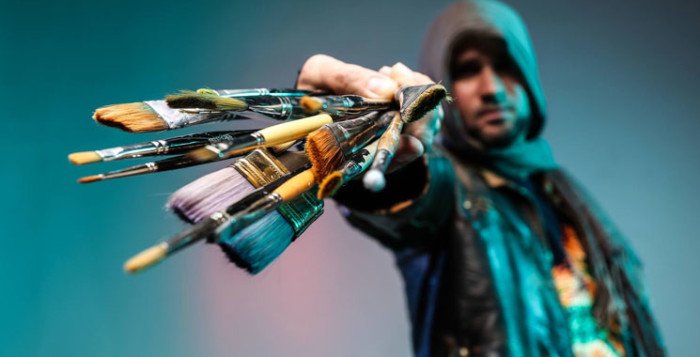 9 Must See Visual Artists At Art Outside

Art Outside is this weekend, October 24th-27th, at Apache Pass, TX, so be sure to get the remaining tickets! One of my favorite aspects about Art Outside are the visual artists, as they are co-creating in a live and nourishing environment.  Navigating, exploring, and creating within their souls, they are a visually fascinating expression of the transformational community.  This year’s Art Outside will be showcasing over 50 visual artists from all over the nation, so be on the look out for some colorful experiences.  These artists withhold divine visions which consists of creating transcendent realms of sacred geometrical patterns of luminous energy into reality. They engage in many formations of artistic styles such as psychedelic, geometrical, realistic, acrylic, and oil – overall, an in depth-tuned creations. These spiritual, innovative, and visual alchemists show a diverse field of method usage, and strive for similar conscious causations of realizations.  We sat down and narrowed the list down to the 9 Must See Visual Artists At Art Outside.

Experience, inspiration, and observation are three things that artist Tourmaline Todd lives for. In his years exploring the planet, he has used all of his senses to absorb his surroundings. Growing up in the creative center of Austin, Texas he found many ways to express himself, whether it was painting tigers in art class, building forts in the woods, or playing the trumpet and guitar, his talents were recognized at an early age.  The present finds him exploring new techniques involving screen printing and new ways to display his ideas including public street art. The Art of Tourmaline Todd.

Hailing from northern New Jersey. Examining his own large internal universe, Adam is a master at making the viewer guess at the meaning of his highly polished, complex worlds. Composing his spaces with spray-paint, he chisels down his iterated and flowing landscapes into unreal geometric explosions with fine line acrylic painting and hyper focused detail work. Recently breaking through into a quasi-realistic acrylic attained uniformity, Adam’s gradations and glazing are almost as painstakingly finessed as his defining use of warped perspectives and portrayals of higher dimensional space. Most of his paintings start with no plan or composition drawn out prior to working directly on canvas. The psychedelically colored imaginings of the self-taught painter Adam Psybe are sure to send your mind on a visual journey. Psybe Visual Arts.

Andy Reed, aka, Infinite Geometry, is an artist whose visual alchemy captures a visionary journey into inter-dimensional landscapes — with prismatic colors, geometric shapes, and an ancient glyphic light-language amongst organic and terrestrial conceptions.  Originally from northern New Jersey (but now living in Asheville, NC), his work represents the energy of another realm, making you feel as though you are peering into another galaxy and understanding that there is a possibility for life outside that of which we are familiar.  Andy is also the continual live painter for Papadosio & The Malah, often touring with these bands on the road, painting at multiple shows and festivals throughout the year. Infinite Geometry: The Artwork of Andy Reed.

Michael Garfield is the ultimate psychedelic visionary artist of many outlets – musician, painter, and speaker, an all encompassing presence.  Originally from Kansas City, MO, he also spent a great time creating, inspiring, and  living in Boulder, CO.  Currently residing in Austin, TX, his art work consists of luminous psychedelic creations of vibrant colorations that goes beyond human existence.  His visions of the higher self are visible in endless spectrums of light formations, bringing you a whole new twist in artistic expression of ethereal realizations. Michael Garfield Visionary Art.

Dela, hailing from San Francisco, is a self-taught artist who picked up the brushes in 2003. Nebulas, the female form, Hubble photography, and environmental consciousness play a key role in the message DeLa is trying to convey in his paintings. He first appeared on the San Francisco art scene in March of 2012 at Temple Nightclub. Since then Dela has been relentless in his pursuit of becoming a better painter while at the same time marketing and promoting his work.  Dela is well known for his surreal paintings and remarkable use of black and white with contrasting neon colors. DELA.

Jonathan Solter is an artist living and working in San Francisco. He dedicates his time to illustration, stage design, live painting and murals in the Bay Area. He loves the creative community in the Bay Area and is busy co-creating his dreams with other like minded people. His art has been created and shown internationally as well as across the West coast. Jonathan has created murals and shown his work at many amazing festivals such as Emissions, Stilldream, Enchanted Forest and Burning Man. The Art of Jonathan Solter

Zander Lampkin, from Austin, TX, uses aerosol/acrylic on canvas to create a psychedelic space-adventures, a journey through time-travel is revealed, an entrance into another realm, far beyond time and existence.  Vibrant colorations blend well with obscure surroundings giving it a 3-D effect. He’s consistently showcasing his art and live painting weekly at live music happenings in the Austin area. Zander Lampkin.

Jason Smith, aka: Bild Art is not only one of the most active visual artists in the art community here in Austin, TX, but he is also active throughout festival season. A self entitled Unorthodoxian Geometrist, Bild’s prime creative endeavors consist of massive structure building, creating art by building whatever sparks his imagination, and uses wood and paint to make it reality.  His paintings consist of sacred geometrical shapes and alignments, giving 3 dimensional feel and otherworldly beings and figures can also be visible.  Bild Art.

Elizabeth Baggett, originally from Texas, now residing in Colorado, exposes her imagination through her creation of studio art, live painting, and within every experience felt between each brush stroke. Her artistic discoveries have come to light through profound visions, which have ultimately led to her kaleidoscopic visualizations of colorations. Elizabeth has been painting for 13 years to date, a passion followed through – an expansion of creativity that will continue to shine as we move forward. Creating and weaving her imagination in all directions, she incorporates otherworldly presence, geometrical shapes, third-eye visions, trees, owls, ethereal cat-figures, and psychedelic yet futuristic optics. All of her mysterious creations are revealed through vibrant, earthy, and galactic patterns of the impossible. Lizard A Baggett. 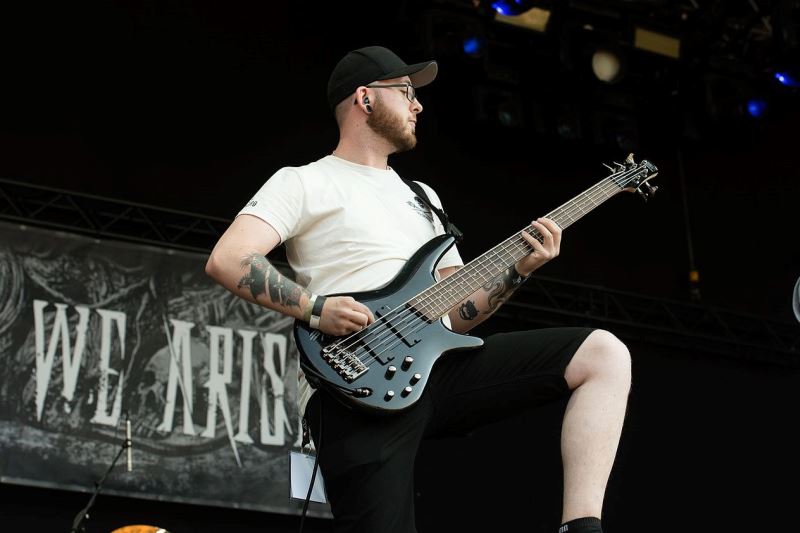 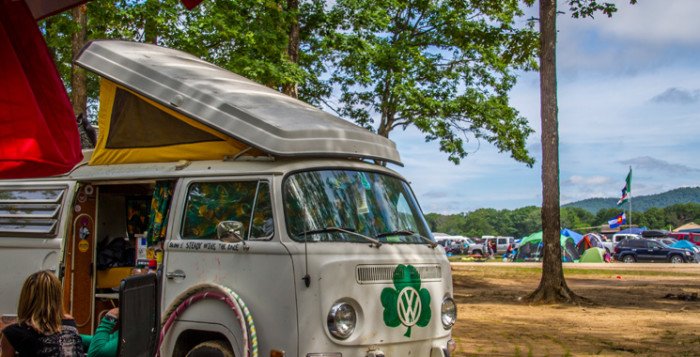 10 Practical Things You Must Bring To Wakarusa