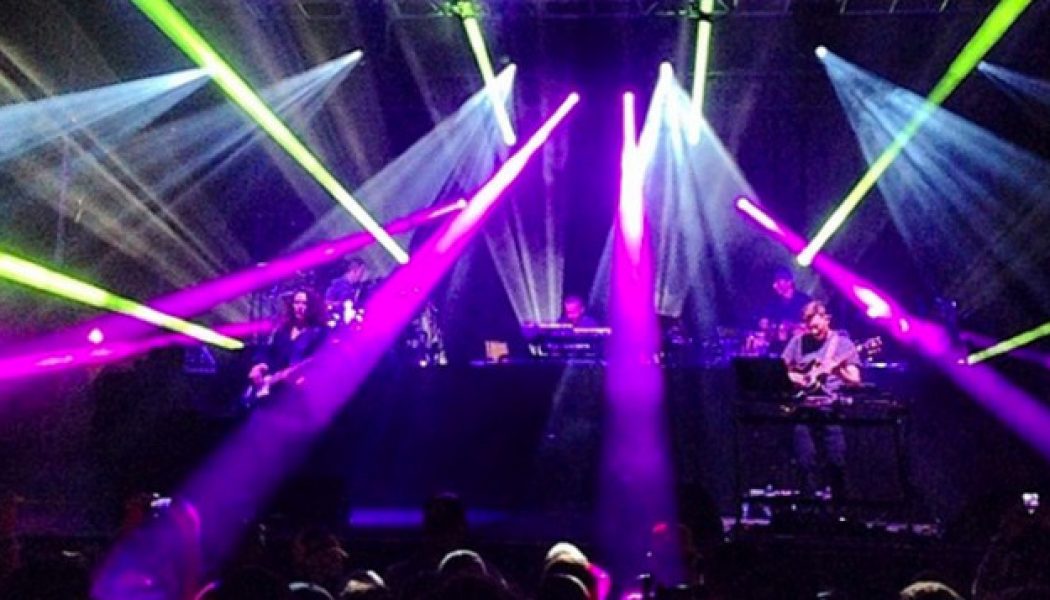 Back in January the jamtronica pioneers Sound Tribe Sector 9 announced that founding member and frontman David Murphy would be leaving the band. Their upcoming tour was canceled and seemingly, the band’s fate was  up in the air. Fast forward to tonight and STS9 took to the stage at McDowell Mountain Music Festival to showcase their new incarnation as a band without David Murphy on bass.

The show opened with a hair raising sample from Nina Simone‘s hit ‘Feeling Good’. The sample acted as a bit of a tone setter with the lyrics “It’s a new dawn, it’s a new day”.  As many suspected, Alana Rocklin joined the band on stage for the entire length of the show.

As of now it is unclear if Rocklin will be a permanent  member of the group or if she will just play with them occasionally.

Who is Alana Rocklin? As reported by Bass Players United, Alana is the official bassist for producers the J.U.S.T.I.C.E. League, appearing on Rick Ross’ Grammy nominated 2012 release “God Forgives I Don’t”, alongside Rick Ross, Neyo and Andre 3000. She has also been touring with My Morning Jacket frontman Jim James.