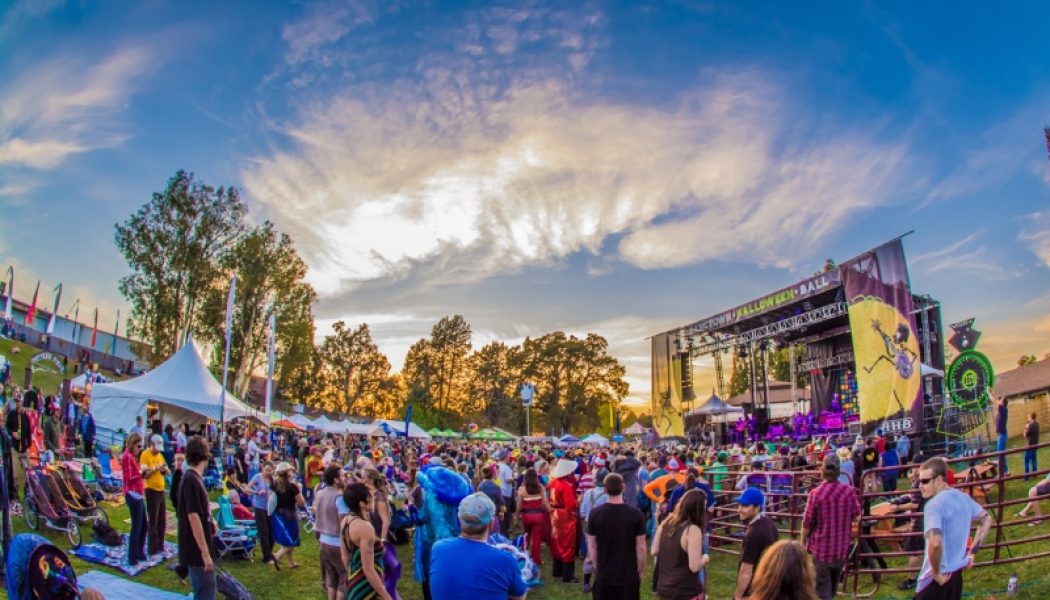 Just as the summer’s bustle is coming to a close, the heat is turning up for the folks at Railroad Earth’s Hangtown Halloween Ball.

Friday will feature a funky, freaky throwdown with Orgone getting things warmed up for a very special setfrom Karl Denson and Friends.
Saturday takes a grassy turn for the ghoulish with Emmitt-Nershi Band and The Infamous Stringdusters in a late night clusterpluck.
Also, be sure to join NVO in the Organ Room on Sunday evening to close out the festival.

It’s all going down at the gateway of the High Sierra Mountains in Placerville, CA on October 26th-28th.

The three-day camping event will feature an impeccable roster of talent, including over 20 live bands on 3 full stages in a pastoral mountain setting. Highlights include three nights with Railroad Earth along with performances from Delta Spirit, Karl Denson’s Tiny Universe Tribute to the Beastie Boys with members of Slightly Stoopid, The Del McCoury Band, Blind Pilot, ALO, Keller Williams with The Travelin’ McCourys, and up-coming bay area songstress Nicki Bluhm & the Gramblers among others.

Things get freaky and a little funky as the sun goes down with Orgone kicking off the late night music on Friday night along with a very special set from Karl Denson & Friends. Saturday takes a grassy turn for the ghoulish as Emmitt-Nershi Band opens for The Infamous Stringdusters in a late night clusterpluck. Closing out the festival in the Organ room on Sunday night, NVO will bring the house down with an electronic music showdown.

Not just another music festival, the event will take place at the pristine El Dorado Fairgrounds just 45 minutes outside of Sacramento, at the edge of the High Sierra Mountains. Featuring hot running water, real bathrooms and vast open areas for stage viewing, the 2011 event received rave reviews from festival goers last year.

All set to take place on the most whimsical and celebrated weekend of the year, Railroad Earth’s 2nd annual Hangtown Halloween Ball is not to be missed.

A limited quantity of weekend passes and VIP Camping passes are still available at www.hangtownhalloween.com